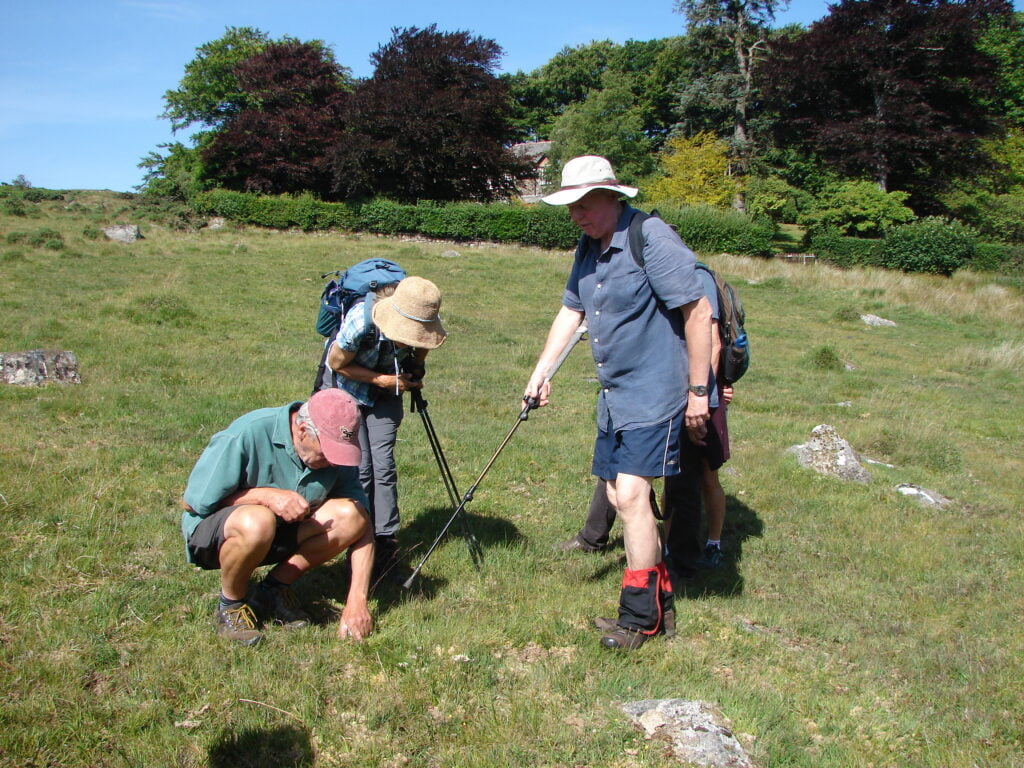 On 22 April 1882 a ‘Public Botanical Walk’ took place in North Devon. It was the first of many undertaken in the summer months in that part of the world,…

Many thanks to Chris for sending in all these entertaining and informative films over the last few weeks. We hope you have enjoyed them all. If you would like to… 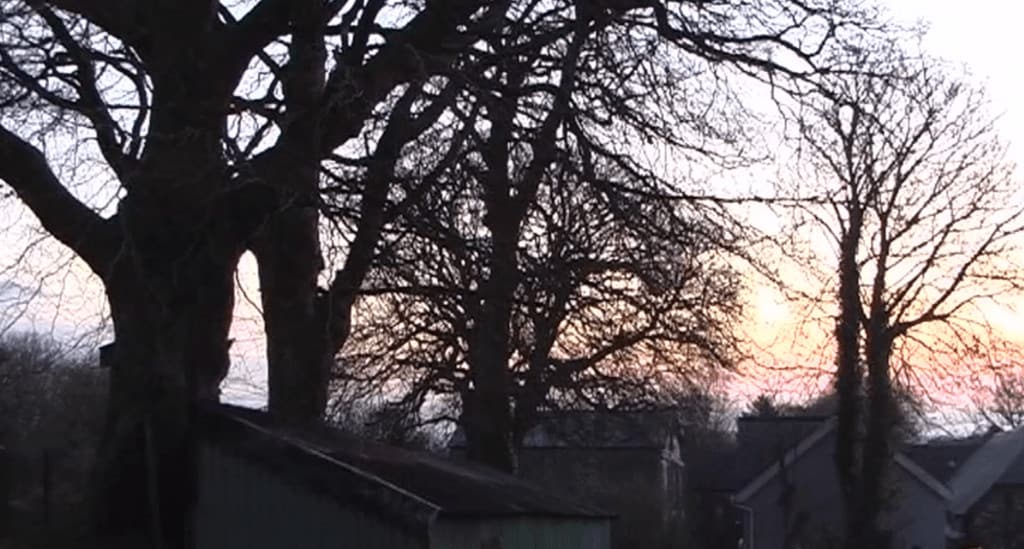 A double bill of Dawn Chorus films today. First are the cheerful chirps of some house sparrows. Then a comparison between willow warbler and chiffchaff – impossible to tell apart…

The latest Chris Walpole Dawn Chorus film features the Chaffinch. A familiar song maybe, but part of the film invites you to hear it rather differently.’ 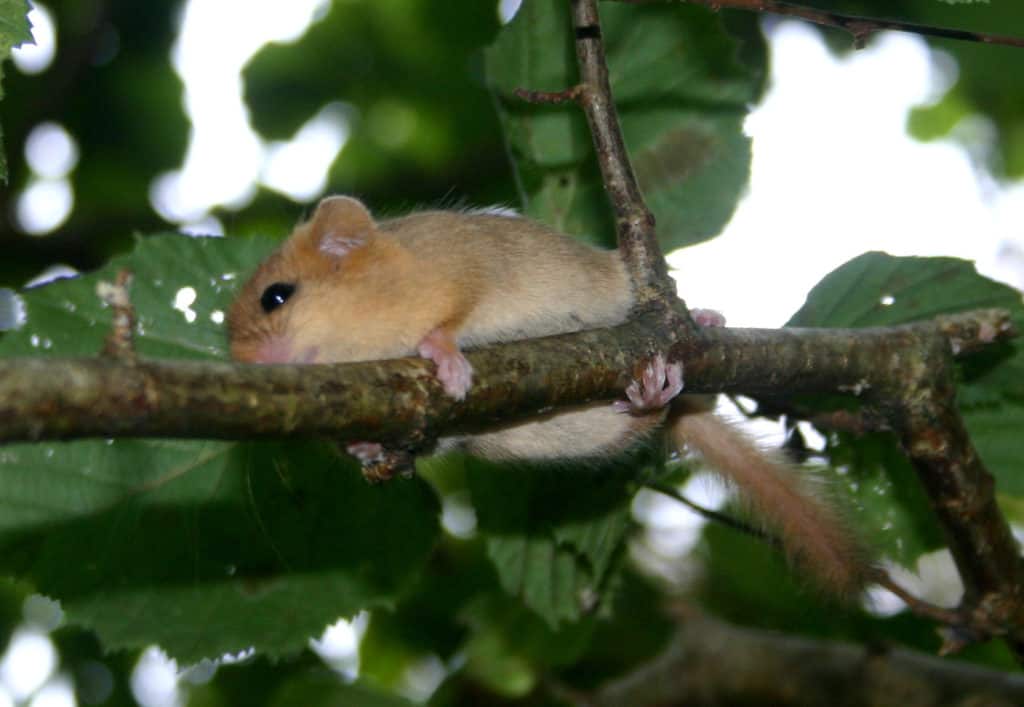 In last month’s film ‘Where’s the Cuckoo’ our intrepid Belstone birdwatcher failed to hear the bird at all, even with the aid of highly sensitive ‘big ears’. In this new…
All Wildlife Posts

Belstone, situated on the northern fringe of Dartmoor, lies fully within the National Park. It is rich in varied habitats which support a diverse array of plants, insects, birds and mammals.

Around a third of the Parish is designated for nature conservation within the North Dartmoor Site of Special Scientific Interest – recently also designated as the Dartmoor Special Area of Conservation being identified as of European importance for upland moorland. Within the Parish’s part of this site is dwarf shrub moorland, valley mire, acid grassland and bracken areas. This habitat in turn supports wildlife such as ring ouzels, buzzards, ravens, whinchat, wheatear and other moorland birds as well as diverse mosses, lichens and ferns. It forms one of the last vast ‘wilderness’ areas left in Britain.

Water is a great feature of the Parish with two rivers, the East Okement on the western boundary and the River Taw on the southern and eastern boundary, as well as many springs and streams with associated ponds, bogs, wet woodland and marshy grasslands. The main rivers are fast-flowing with rocky and gravely beds and are home to otters, brown trout, salmon and dippers whilst the wetlands support diverse plant communities.

The northern part of the Parish is farmland in the form of permanent pasture which supports cattle and sheep. Small fields with traditional hedgerows dividing them are a great feature, not only for wildlife but also adding character to this ancient landscape. In places the fields show signs of being remnant medieval strip fields as they are narrow with a distinctive curve. Hedgerows are, in places, massive and most are species rich, and probably medieval, offering a good habitat for a variety of wildlife including wild flowers, insects and birds. At higher altitudes the field boundaries become stone faced banks with beech trees on top and on the moorland they are stone 2 walls. These have potential for harbouring reptiles, small mammals and crevice-nesting birds such as wrens as well as being a good substrate for a diverse lichens, mosses and rock-loving plants such as navelwort and stonecrop.

Around the Parish, especially on the moorland edges and in the Belstone Cleave and Priestacott areas, there are some remnants of species-rich grassland, wet meadows and hay meadows, all of which have escaped the general trend for agricultural intensification. These now rare grassland habitats are rich in wild flowers and insects. Much of the Parish is under either Environmentally Sensitive Area or Dartmoor National Park management agreements to ensure that these and other precious habitats are not lost.

Woodland is another key feature of the Parish with Halstock Woods and Skaigh Woods lying on the periphery and with Belstone Cleave becoming increasingly wooded. This habitat supports a diverse lichen flora and bird life as well as dormice. Parts of the woodlands are wet and dominated by willows and these offer a habitat for other mosses, ferns and birds such as willow warbler. Surrounding bracken slopes offer habitat for rare butterflies like the pearl-bordered fritillary. Three species of bats have been recorded at Skaigh House on the edge of Belstone Cleave and the woodland, river and pasture would be a valuable habitat for these insect-eating species. Many of the old buildings in the Parish probably also have roosting bats and further survey could discover new roosts and important feeding areas.

Access around the Parish is served by two major long-distance trails – the Dartmoor Way and the Tarka Trail – as well as several other footpaths and bridle paths. All of these paths, as well as areas of open access land, offer people a chance to discover the Parish’s rich wildlife.

Wildlife highlights in the Parish are:

• Unimproved species-rich grasslands in the valleys and on moorland edges.

• Species-rich ancient hedges in the northern part of the Parish.